New in Germany? Travelling with bus or train

Stand: 04. März 2020
Not only who is new to Germany often has difficulties to find one's way with bus or train. That is why we put together the most important hints for you. 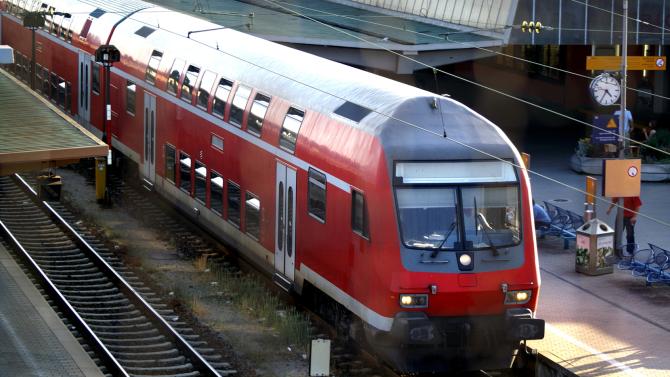 In the local transport the passenger has to buy a ticket before the boarding.
Off

You can get a welfare ticket in almost every town and community. People who receive benefits according to the Asylum seeker payment law (Asylbewerberleistungsgesetz), can apply such a welfare ticket at the job centre or social welfare office.

Everyone who owns a welfare ticket can buy cheaper travel tickets with it, also monthly tickets, which are then valid for a specific area. For trips beyond this area, passengers need a connecting ticket (Anschlussticket) or a transition ticket (Übergangsticket).

Attention: You always have to carry along the welfare ticket and the permit of residence, otherwise the travel ticket is not valid!

If something goes wrong: First aid when being controlled

Who does not have a valid travel ticket for the bus or train, can get a “penalty fare”. 60 Euro is the penalty for fare evasion (so called “Schwarzfahren”). If a passenger cannot or will not identify his- or herself, the police has to prove the personal datas. The police ascertain the name and address of the passenger, so the transport company can write to the right address.

Who feels treated unjustly or does not understand, why he has to pay 60 Euro, should make an appeal at the transport company. The claim is due in the moment of the check. The period for the appeal is very short (one or two weeks, the day of the control counts, too). The address for the appeal and the reference number (so called EBE-number or FN-number) is stated on the receipt, which is handed whilst the control. Therefore this receipt is very important. It is not enough to wait for mail!

On the way in long-distance traffic

Tickets for the faster trains Intercity (IC) and IntercityExpress (ICE) are more expensive than tickets for the local trains (RB, RE). Local transport tickets are not valid in these trains.

Coach travels are often a lot cheaper than travelling with the train. Tickets for coach travels are available on the internet and in some travel agencys. Timetables and connections can be found at fernbusse.de or with the app “Busliniensuche – Fernbus App”.

Things to explain to refugees in any case