Cell phone contracts: What you should pay attention to

Stand: 28. Oktober 2022
Be careful of a too fast contract conclusion: Especially refugees should take note, to what they commit by concluding a contract. 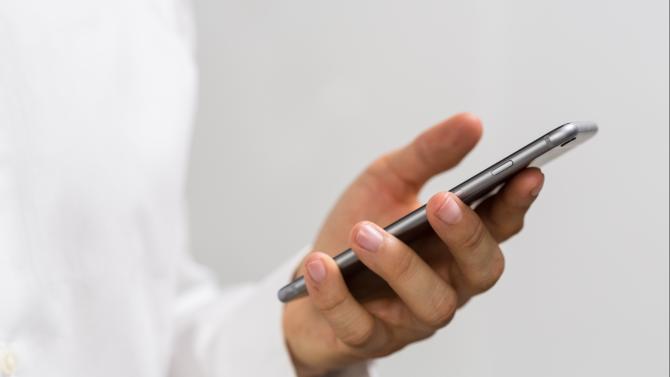 Who is careful and compares, can safe money on the mobile phone tariff.

The essentials in brief:

For most of the refugees in Germany mobile communication, especially with the help of smartphones, is a valuable commodity, because this way the communication in Germany and the contact to the home country can be maintained.

Due to lacks of language skills there is a high risk to get an unsuitable tariff, an unwanted device or contract conditions, which do not fit in no way to the concrete situation of the refugee or constitute significant disadvantages.

Basically: If you do not understand something you should not conclude a contract. In no case you should sign something you did not read. Here companions or rather translators can provide important assistance.

With a mobile phone tariff you receive an invoice monthly, with which the basic fee and costs depending on the usage are cashed up. Often there are Flatrates included in the tariffs. With that no additional costs accrue for certain uses, e. g. SMS, calling a landline number in Germany or calls in certain mobile phone networks. International calls are often not included in the flatrates – for this you can add foreign options.

With booking of such an option calls in certain countries are either inclusive or at least possible at a discounted price per minute. When choosing such an option you should pay attention, which countries are covered by the tariff. There are a lot of providers, which have specialized for calls abroad.

Internet-Flatrates usually contain a predefined data volume for fixed-term contracts. After exceeding of the volume the surf speed will be throttled significantly. However, additional costs usually do not arise. Some tariffs have a data automatic. Thereby further data volume will be automatically added for a certain amount after the contractual included volume is used. Here the costs for little data volume often are relatively high. Fixed-term contracts are usually concluded für 24 months. So before you conclude the contract, you have to be aware of the fact, that you have a contractual obligation for 24 months and that you have to pay the remuneration for 24 months. A termination is possible only for the time after the expiration of the 24 months.

Thereby the period of notice must be adhered, which must not be more than one month. If this period is missed, the contract normally extends itself automatically for an indefinite period and can be canceled monthly. Partially there are offered fixed-term contracts, which are valid only one month. These can be terminated every month and are more flexible for the user. However, the monthly basic price with this tariff model is slightly higher.

As opposed to a classic mobile phone contract the money has to be paid in on a credit account, which then can be used for phone calls. If the credit was used, no further phone calls are possible until a recharge. Insofar you have the best control over the costs with this model – whereby you should not activate an automatic recharge, which is often possible. For phone calls minute rates apply. Surfing on the internet is not billed in price per minutes, but in data volume, if no flatrate is booked. The advantage of this variant is, that no fixed monthly basic fee accrues. The costs can be controlled, debts and high costs can be obviated.

But also with prepaid-tariffs there is the possibility to book internet-flatrates, which cause regular blanket costs. Some prepaid-suppliers have specialized in phone calls abroad and offer some really cheap tariffs – a thorough comparison is worthwhile.

Wi-Fi-networks are offered in many public places. You have the possibility to telephone via the internet. If you are connected to a Wi-Fi-network, there are generally no additional costs. So if you have regular access to the Wi-Fi, this can be the cheapest variant: You do not use the mobile phone contract for calls abroad, but only Apps or rather „Voice Over IP“, so that no running call costs occur. However, voice over IP is excluded in some tariffs, which must be considered when concluding the contract.

Pay attention to the following and when in doubt ask specifically: